From the history of harness 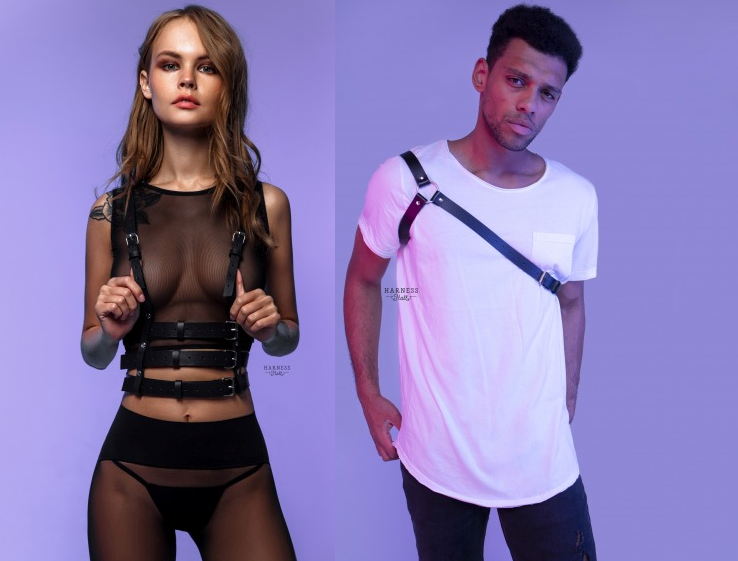 It all started with a men’s harness as an element of military equipment. It consisted of a belt or galloon bandage with auxiliary straps over the shoulders and hips. Originally this accessory was meant to fix firearms or bladed weapons.

The word “harness” comes from the Old French hernois (“equipment used in battle”). The name speaks of itself; the men’s harness was created to wear any kind of edged weapons, from heavy swords to light rapiers.

The original purpose of a harness can be clearly seen by observing classic military uniforms of the past centuries. However, the accessory itself appeared long before the spread of pistols and other firearms.

The interlacing of leather straps and belts as a weapon mount was first used in antiquity. Each warrior of the given era wore a belt over his shoulder to form a wide loop for his sheath. It was much more convenient to carry a sword on the waist, with its point lowered and handle ready at hand.

In ancient times, harnesses differed depending on the military status. Thus, major commanders and nobles decorated their shoulder straps with embroidery and precious stones. Ordinary soldiers of humble origins used to get along with simple belts to attach the sword. 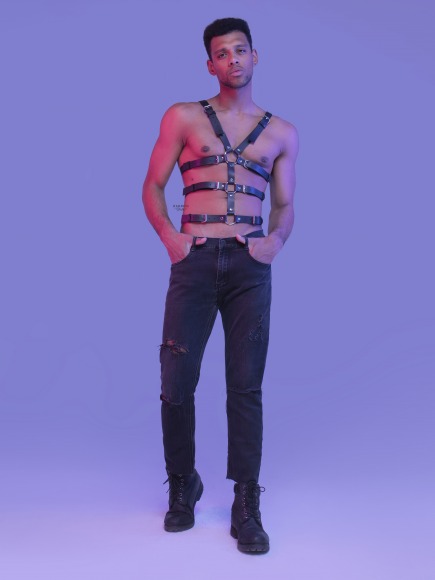 Later on harnesses were widely used during the Middle Ages, mostly by barbarians. In their case the shoulder and waist straps were already joined together.

Warriors of the Renaissance age used harnesses as well. Back then they were made of leather or other firm but common material. Those harnesses were worn over the shoulder. The lower end was usually at hip level, with a piece of leather attached to it to carry a sword.

At the beginning of the 19th century, weapons were carried in a lacquered leather sheath. It was also attached to the leather strap over the right shoulder. You can see the classic men’s harness of that period in the portraits of military and noble men.

The history of harness goes hand in hand with the military arts of different eras. Thus, with the emergence of firearms the need for sheath was no longer the priority. Instead, leather straps were now used to carry a holster and special knife fasteners.

In Russia, this part of military equipment first appeared in 1705 when Prince Kurakin contributed to the use of shoulder straps. They were made of leather and used as a fixation for epaulets. Additionally, they had knife blades. The size could be adjusted with a brass buckle.

Later, the best cadets of the military schools in Imperial Russia were awarded the unofficial title of “harness-cadet” which indicated their superiority. You can see the harness of that age in the portrait of Alexander III.

In the days of officers harnesses were worn over the shoulder. The hussars attached to them a bag with a monogram or emblem. Then a bag was replaced with a musket holder or pouch.

During the Civil War leather straps were an essential attribute of the officers of the Red Army. Back then harnesses were worn over tunics, sheepskin coats and greatcoats.

The history of harness could only remain limited to men’s military uniform. However, in 1970s this accessory found its way to fashion shows and female wardrobe. Still, it is impossible to establish the exact date when harnesses became a women’s garment. 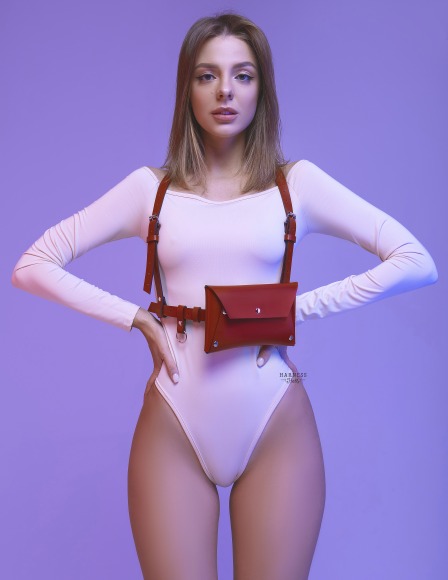 It is known that in 2012 Herve Leger added this stylish accessory to its collection. And since 2013 many designers decided to include harnesses into their fashion shows and exhibitions. Mass production of these catchy leather accessories was initiated in 2010 by Zana Bayn.

Modern women’s harnesses are made of genuine leather, eco-leather, cloth, silicone and even elastic bands. The accessory can highlight the merits of your waist, hips, bearing, chest and legs. For instance, harnesses for legs are called garters. 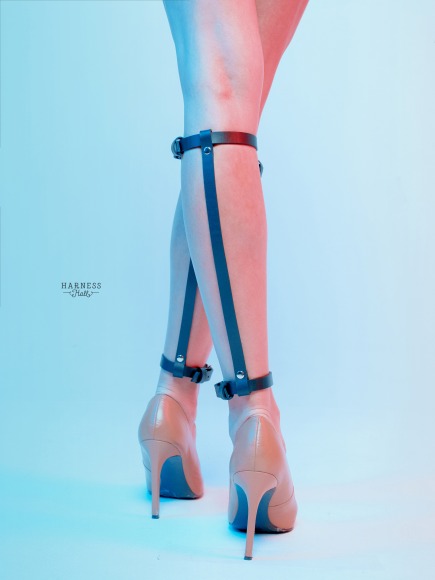 Classic leather decorations are great for the military style. They can complement one-color turtlenecks, T-shirts, blouses. Among other things, you can easily combine them with dresses, except for formal ones. 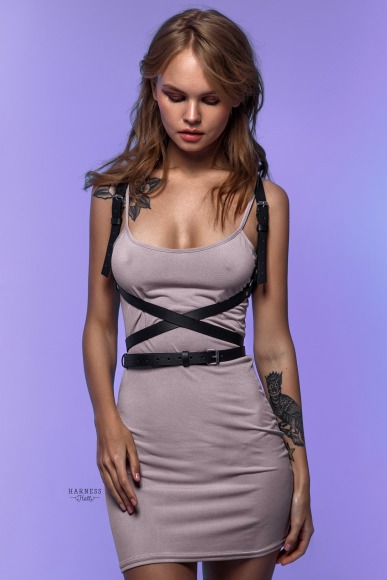 You can order women’s harnesses in our family workshop “Harness Hall”. All our products are handmade with genuine leather. Also, we make custom harnesses and garters according to your wishes. Call +7 (800) 222-29-40 to get a consultation.